I am so happy I had the opportunity to do the Red Wing Royal Ambassador Program, and I'm glad I took it! I often find myself thinking back on the fun things we did and learned. I can't wait to attend the pageant each year. I hope each candidate has as great of an experience as I did, and I have the other candidates and the committee members to thank for that. I'll never forget what I learned from being part of such an influential program!

I just finished up school at the end of January and have been doing LOTS of interviewing. I wanted to tell you how much everything I learned while running for Miss Red Wing comes into play. It has been so helpful! I feel like I have somewhat of a foundation to start with

Thank you for preparing me for interviews! I recently had an interview at Mayo, and the lady I interviewed with commented on how nicely I presented myself and how well I was prepared. I definitely could not have done that well, and felt so confident without the Red Wing Royal Ambassador Program! This program is amazing and I will cherish it forever!

I really enjoyed running for Miss Red Wing! The bond that us girls made over the summer was so much fun. I really am glad I had this opportunity because without it I wouldn't have been able to get to know the other girls.

Note: If you're viewing this page via a file:// URL, the "next" and "previous" Glyphicon buttons on the left and right might not load/display properly due to web browser security rules.

The Red Wing Royal Ambassador Program is excited for the return of the 2022 candidate season. Red Wing's River City Days Festival will be the first weekend of August.

The 2022 River City Days Buttons will be appearing in local businesses in just a few weeks! Be sure to pick your button for a chance to win a prize during the RWRA Coronation! This year's button photo was generously donated by Kip Earney of Kip Earney Photography. 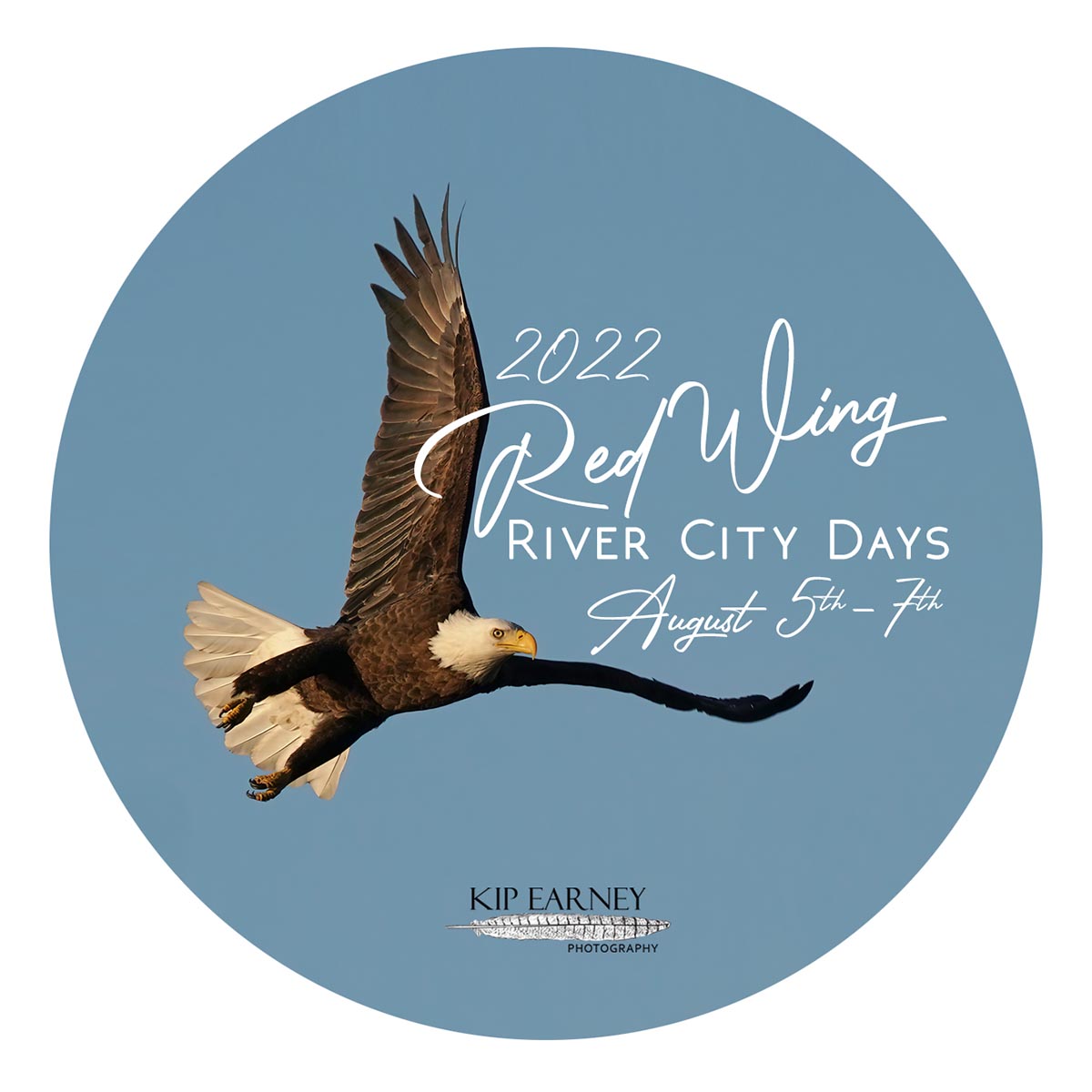 We thank him for supporting our program and the community for his donation.

With deep sympathy, we remember our friend and committee member, Lydia Bailey. 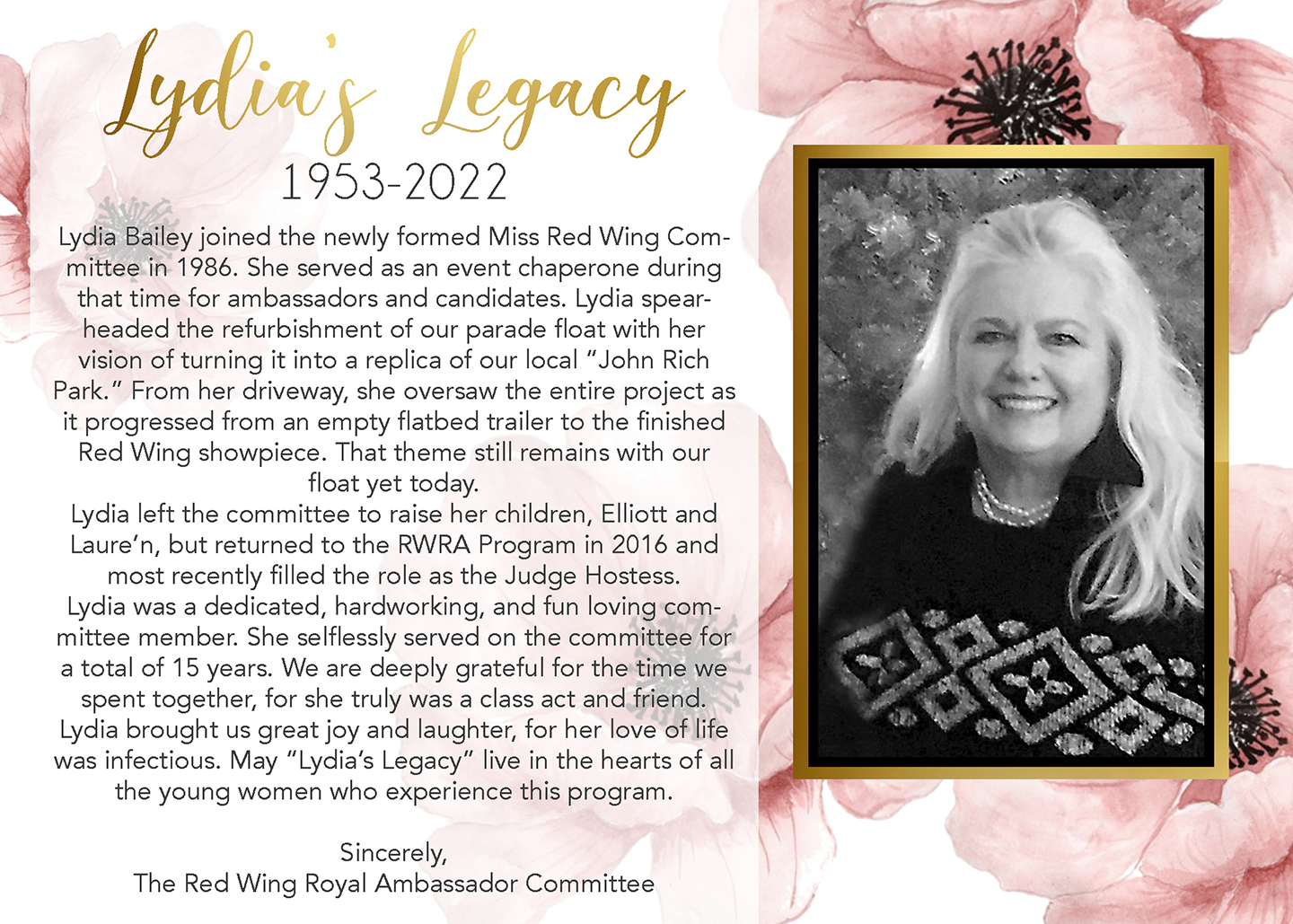 Since 1983, the Miss Red Wing program has given over $70,000 in scholarships to its ambassadors!